The data shows that unlawful detainers are fast, frequent, and often take less than a month for landlords to evict tenants. That didn’t stop opposing Senators from siding with landlords and developers on SB 529. Opposing Democrats argued that Just Cause Eviction for tenant association members would pose a huge burden on landlords trying to evict “bad tenants.” “In California, it’s too expensive and time-consuming to terminate a tenancy, and most owners would much prefer to work with a tenant,” read one California Apartment Association letter. For Betty Gabaldon and Eliza Deed, this certainly wasn’t the case. The two tenant organizers, from Concord and Sacramento respectively, both received no-cause eviction notices after forming tenant associations at their apartment complexes. When questioned about the notice by Betty, her manager replied, “In Concord, there is no ‘just cause’ policy. I do not have to give you a reason.” This is the reality for tenant associations in California.

8 Democrats chose to do nothing about retaliation despite the humanitarian crisis facing renters in California. Democrat Cathleen Galgiani, senator for the San Joaquin Valley, disregarded her districts renters’ who make up almost half of her constituents. Instead, she cited her family members’ experiences as landlords trying to evict "bad tenants.” "I speak for the small mom-and-pop landlords." Her story was no different than Republican Jeff Stone's. Stone defended the developers deep in his campaign treasure chest: "If you don't like a rent increase or a new rule.... if you are an unhappy tenant, you can certainly go find another building.” This real estate narrative, that any and all tenant protections are bad for landlords, persisted.

No tenant is safe from eviction when a landlord can arbitrarily decide whether you are “bad” or “good.” How many “good tenants” are considered “bad tenants” simply for speaking up for their rights? SB 529 was about protecting tenants who defend the rights of their communities. In this housing crisis, where our senators are nowhere to be found, the only way to protect yourself and your neighbors from a rent increase, eviction, or mold is to organize. Until our politicians recognize that organizing for decent, safe, and affordable housing should be a codified right, our calls, letters, and demands will continue. Just as labor fought for a right to a union, tenants will continue to fight for a union at home.

Thank you to Eliza, Betty, the Veritas Tenants Union, and the hundreds of tenant organizers who put themselves at risk of eviction every day by speaking up for their rights; the Housing Rights Committee of San Francisco; Causa Justa, Just Cause; Senator Maria Elena Durazo, author of Tenants Together’s Right to Organize Bill; and the 20 senators who voted YES for tenants' right to organize: 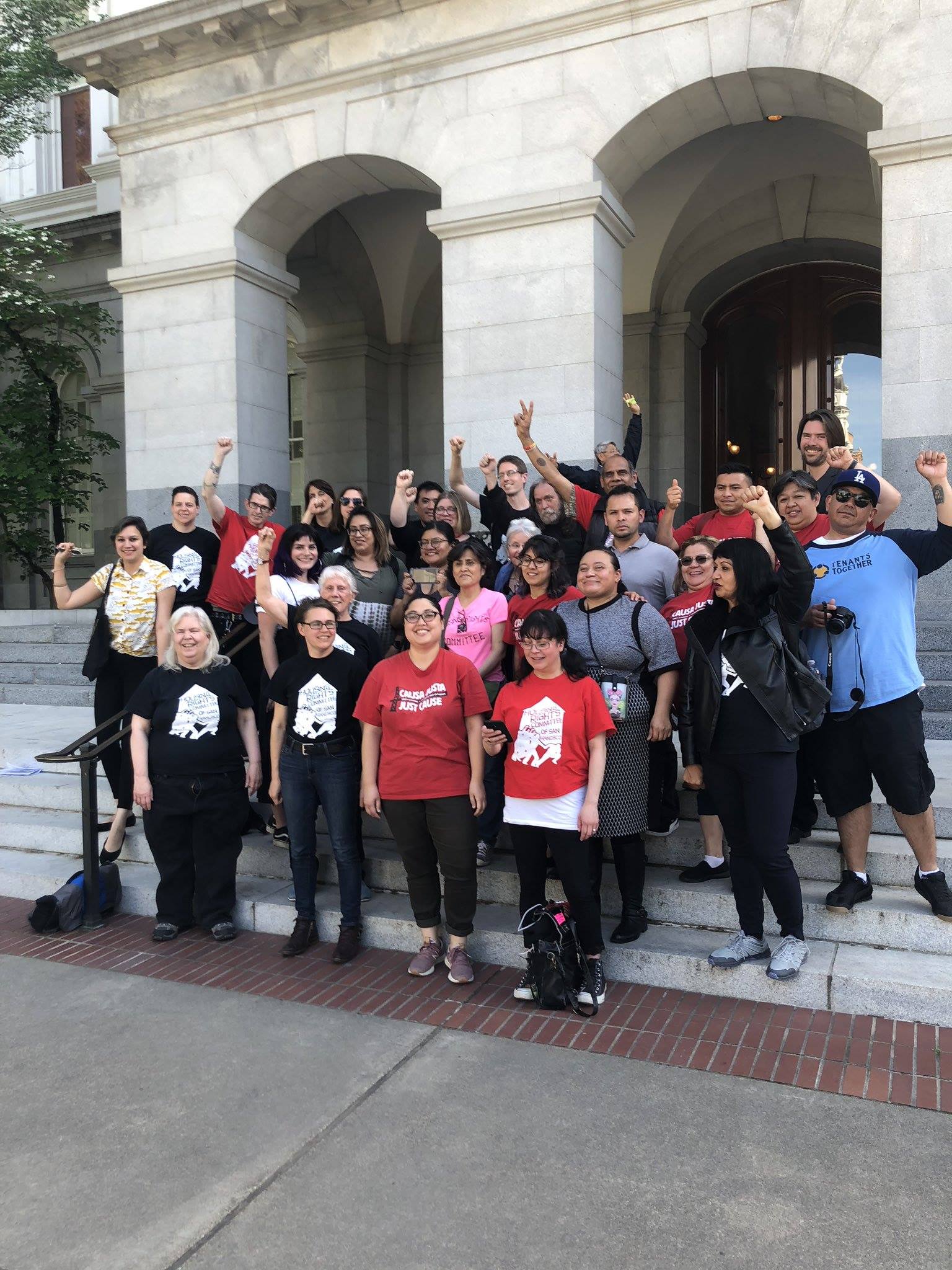